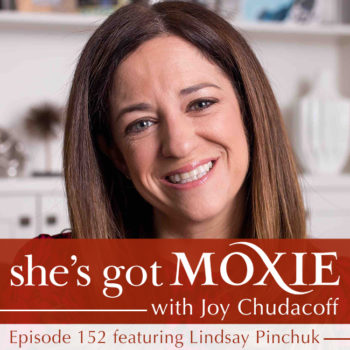 Before she was even pregnant with her first child, Lindsay Pinchuk saw an opportunity in the parenting industry. She decided to go for it and Bump Club And Beyond, a parenting community was born. With just $500, she used basic, grass-roots efforts to fuel her start-up growth. Along the way, she made some strategic partnerships that led to rocket-ship visibility and success. Both Target and Nordstrom came calling.

Lindsay actually sold her company a few years ago and in this episode, we talk about why it was always her goal to sell the business. We also discuss the future that she’s really looking forward to and why it benefited her to organize events outside of the baby space.

We all can always learn from our peers whether it’s motherhood, entrepreneurship, or whatever it might be.” – Lindsay Pinchuk 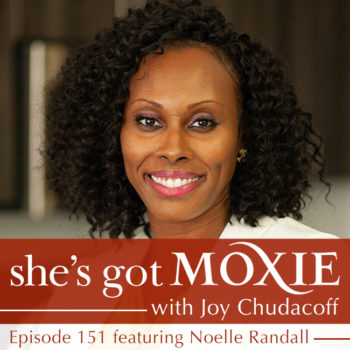 Noelle Randall started investing in real estate in her early 20’s while working a full-time corporate job. Then 2008 happened and she lost EVERYTHING. Noelle found herself back in her parents’ basement with her husband, two children and a third on the way. Fast forward to today, Noelle is the multi-millionaire Founder and President of FDR Horizon Enterprises, a private real estate equity firm, and she teaches other entrepreneurs how to use real estate investing to create wealth.

Listen in to today’s episode to find out how to invest in real estate with bad credit and no money, why it’s important to diversify your streams of income, and what Noelle’s superpower is.

Just like everything we do, we get better at it as we do it more and more.” – Noelle Randall

I used to be of the grind and hustle culture.” – Noelle Randall 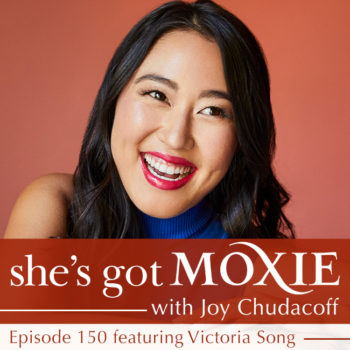 My guest today, Victoria Song, is the author of the new book “Bending Reality: How to Make the Impossible Probable”, out on August 24th. She’s been recognized by Forbes in the TOP 30 Under 30 Women to Watch, studied economics at Yale and leadership at Harvard Business School before becoming a leadership advisor to CEOs in Silicon Valley. We had a great discussion about why our intuition is so important right now, the most common challenge for CEOs, and why both masculine and feminine qualities are valuable in the workplace.

Listen in as Victoria talks about contraction versus expansion, how to avoid what she calls The Drama Triangle, and why we should let our emotions get in the way.

I grew up in an environment where we all used success as a distraction.” – Victoria Song

When we’re in contraction we tend to be motivated by very toxic feels.” – Victoria Song

Anything you can’t label or put in a box feels threatening when you need to control everything around you.” – Victoria Song 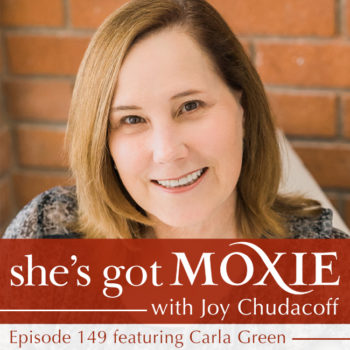 Carla Green is the Founder & CEO of Clarity Designworks, a publishing and book design company geared towards supporting entrepreneurs and business leader authors get published.

Carla gives some great examples of the types of books that business owners write, what steps are involved in publishing a book after the writing is complete, and the stigma of self-publishing.

Listen in to learn the ideal number of pages in a book about business, how to get started writing a book, and why you probably need an editor.

If you don’t notice my work that means I’ve done my job well.” – Carla Green 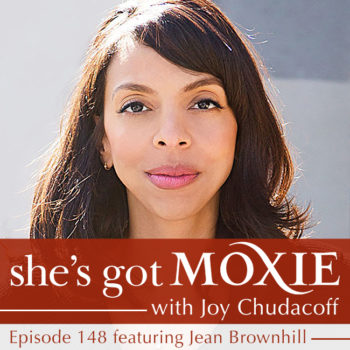 Jean Brownhill is the Founder & CEO of Sweeten, a matchmaking service for general contractors and homeowners seeking help with their renovations. Jean got the idea for the company after her own home renovation went awry. Today, a decade later, Sweeten has expanded to ten major cities across the country. Jean opens up about the time she realized she was on to something, her best simple and sweet action steps to grow a business, and her 108 daily blessings routine.

Listen in as she explains how her Sweeten accelerator for women (S.A.W.) is promoting female contractors, how she hires, and why she hires more for attitude than aptitude these days.

It’s helpful to remember that — not even how — that you got up the last time.” – Jean Brownhill

I was in the industry. How could it be this tough for me?” – Jean Brownhill 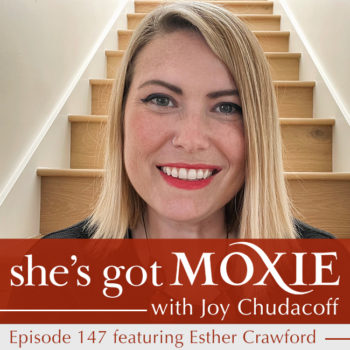 This week’s guest, Esther Crawford, was the CEO and Co-founder of the Squad app when it was acquired by Twitter back in 2020. I admire her transparency as she talks with me about her journey to break the cycle of poverty that she grew up in and why her curiosity has driven her forward at such an impressive speed. We discuss what it’s like to consider selling your company and what happens after your business gets acquired. She is aligned, grounded, and a deep thinker. It was a pleasure to sit down with her and explore the entrepreneurial journey with her.

Listen in as we talk about the inner journey of an entrepreneur, why launches are really important in business, and why we should never work in stealth mode.

At every step along the way, I just followed what I was really deeply curious about.” – Esther Crawford

I learned a lot of things on the ground and on the fly versus having had the background in school or in my family.” – Esther Crawford 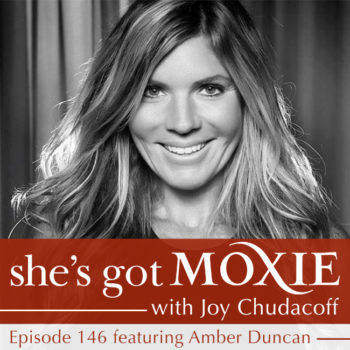 Both Amber and her husband were mortgage brokers when the bottom dropped out of the real estate market. Overnight, she found herself pregnant with her fifth child and standing in line for WIC government benefits to maintain food and nutrition for her family.

In this episode, Jackie explains how you can connect with a customer and why it’s the most important aspect of being successful in business. She also reveals some of her best leadership tips and shares why you should never wait for perfection.

Listen in to this episode to find out how to grow a new business, ways to increase your business’s visibility, and how Shop Jackie works.

Everything that I’ve done has been born out of failure.” – Amber Duncan

I don’t get stuck, I turn quickly.” – Amber Duncan

Investing in yourself is the best investment you can make.” – Amber Duncan 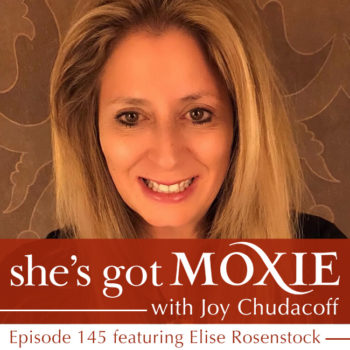 Today’s remarkable guest, Elise Rosenstock, started her jewelry business over 20 years ago at her kitchen table with only $300 (she confesses it was her “date night” money). Now, Elyse Ryan Jewelry is in big brand stores across the country from Saks to Bloomingdales to QVC and HSN. She’s using her successes to make a lasting impact in the lives of those around her.

Elise shares a great story about why she’s affectionately been called “The Lemonade Stand Lady” and insists she has found success in trusting that people just want access to the real you.

Listen in to today’s episode as Elise talks about the two things you need to grow, how to go from the kitchen table to a manufacturer, and why reinvention is so popular.

To snag a 15% discount on any of Elise’s fabulous jewelry, our listeners can use the code ‘MOXIE‘ at checkout on her website.

I had the sales and marketing in my blood, but I had to be able to do it in a way that people were going to believe in me and my product.” – Elise Rosenstock

If you have an idea, don’t expect it to happen overnight.” – Elise Rosenstock

Surround yourself with mom-preneurs. I do that every day.” – Elise Rosenstock 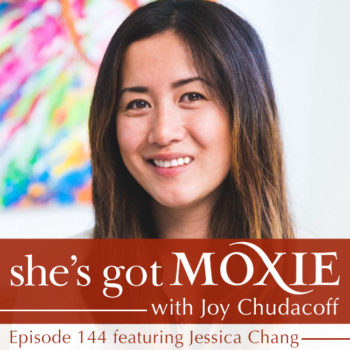 Jessica Chang is on a mission to transform childcare in the U.S.

She is an entrepreneur, CEO, and Co-founder of WeeCare, the largest network of childcare providers in the US (in only 5 years!). After having her first child, she struggled with navigating the childcare options available in her area and found that she was not alone in her dissatisfaction. So she decided to do something about it.

Bringing conscientious change to an industry that so desperately needs it, WeeCare is not only making affordable and world-class daycare accessible to all families, but they are also empowering individuals, especially women, by helping them start and operate their own daycare business through their “Business in a Box” formula.

Listen in as Jessica talks about her pivot during the pandemic, how to get out of bed on difficult days, and the worst startup advice she’s ever heard.

When it comes to early childcare, it’s not a one-sided problem. You’ve actually got to be able to sustain both sides.” – Jessica Chang

When I realized my own personal constraints, I actually became really interested in the early childcare space.” – Jessica Chang 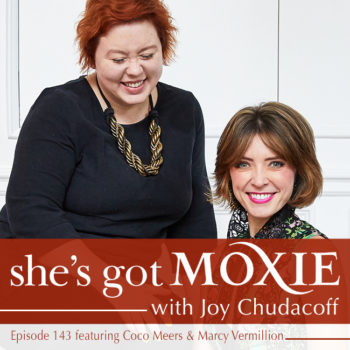 Marcy Vermillion had an unfortunate kayaking accident that, at age 32, left her unable to even walk her dog. This led her on a journey to the healing effects of CBD. Once she shared it with her good friend Coco Meers, Equilbria was born.

Coco and Marcy both sold their tech ventures realizing they were on to something for women. Now they are ready to introduce their premium, farm-fresh, full-spectrum CBD products to women across the globe. They have a unique approach; they offer something called Dosage Specialist Support to potential clients who aren’t sure where to begin or which products will best suit them.

In today’s episode, they share their biggest hurdle when building their business, the “three chains” in building a business, and their best steps to grow the brand. They also share advice that they often hear in the startup world that they disagree with, how to be comfortable knowing what you don’t know, and what should you plan for when things don’t go well.

We’re so passionate about what cannabis and CBD can do for women and for women’s health, but it is not a one-size-fits-all.” – Coco Meers

CBD and women are such a perfect pair.” – Marcy Vermillion

At Equilibria we are owners of our own farm, so we can trace our batch and lot number all the way down to the genetics and the farmer who picked it.” – Coco Meers