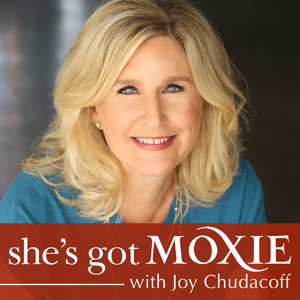 Is your business ready?

Right now, you’re probably hard at work on accomplishing all the goals you set for yourself in 2018. And, you’re also probably beginning to ask yourself: “What changes or course-corrections do I need to make in order to start 2019 on a path to faster profits serving my treasured clients and customers?”

Your business or product is like a vehicle. You, the creator, the founder, are the driver of that vehicle.

On today’s show, I’ll walk you through the 7 Business Essentials for Explosive Business Growth and also how you can “fine tune” your leadership for uber success in 2019.

You need to make sure that you’re working in your genius and your highest level of creativity.” – Joy Chudacoff

It’s about being able to communicate that vision on a day-to-day, week-to-week basis to the people who are in this with you.” – Joy Chudacoff 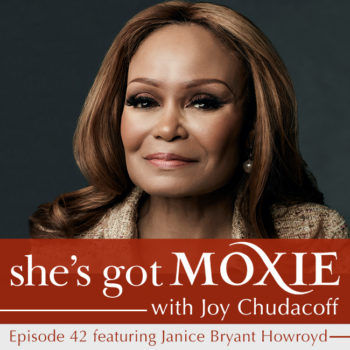 I’ve been secretly ‘stalking’ Janice Bryant Howroyd, Founder & CEO of The Act One Group, for nearly 30 years. Back in the early days of my first business, I wanted to make an extra $500 per month in order to ask my roommate to move out of the loft (true story), so I went on a search for success stories of entrepreneurial women. Janice Bryant Howroyd’s name kept coming up everywhere I looked. Janice took $900 from her mom and turned what is now known as The Act One Group into a billion-dollar company.

“JBH” as she likes to be called, is #39 on the Forbes list of “America’s Richest Self-Made Women,” and in 2014 she was recognized by Black Enterprise as the first black woman to own and operate a billion-dollar company.

Along with several other incredible accolades, JBH received a special invitation from President Barack Obama to be a member of the President’s Board of Advisors on Historically Black Colleges and Universities.

Never compromise yourself personally for who you wish to be professionally.” – Janice Bryant Howroyd

I learned more from my mom and dad, growing up in their home, than I did from any institutions, and I’ve had the advantage of some really incredible opportunities academically.” – Janice Bryant Howroyd

When I started my business, I had no visions of where I wanted my business. I knew where I DIDN’T want to be.”  – Janice Bryant Howroyd 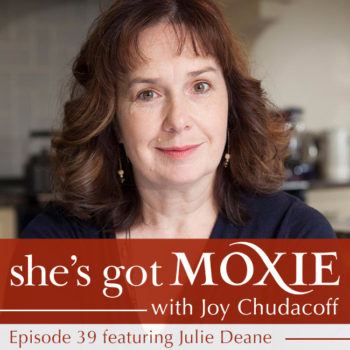 Last week’s Episode with Julie Deane, Founder and CEO of Cambridge Satchel, was spilling over with entrepreneurial gold and wisdom from a woman who owns every aspect of what it takes to build a multi-million dollar empire.

This week’s Episode (Part 2 of 2), Julie opens up even deeper and reveals how she managed being in “survival mode” trying to keep a company afloat, dissolving a marriage and staying present for two teenage children.

Julie and I talk deeply about feminine energy and how different “energies” are playing a role in a woman’s life – both at home and at work. We also look at what I call “the unconscious emotional triggers” and how this can be a major trap that women fall into.

You don’t want to be a business person in all aspects of your life, because actually that becomes deeply unattractive.” – Julie Deane 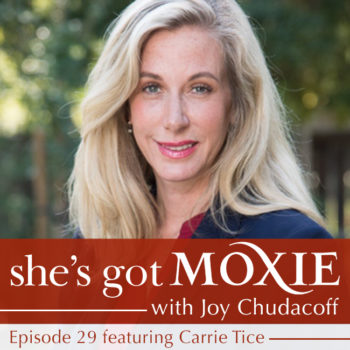 Carrie Tice, founder and CEO of Octavia Wellness is innovative, energetic and passionate. Her mother had been diagnosed several years ago with Alzheimer’s and through a somewhat humorous experience Carrie discovered the benefits of cannabis for seniors.

The results were so life-changing that Carrie and her mother decided to take a big moxie move; Carrie resigned from her high-tech corporate job and she and her mother together sold their Victorian home on Octavia Street in San Francisco to kick-start Octavia Wellness. Octavia Wellness focuses on providing seniors and cannabis beginners with customized cannabis therapies.

Since legalization, we are seeing that more professionals are wanting to get into this program, getting on our educational platform and learning about cannabis.” – Carrie Tice

Take care of yourself and then you actually are in a better place to be a smart CEO.” – Carrie Tice

Let’s stay true to what our skill set is – it has served us pretty well!” – Carrie Tice 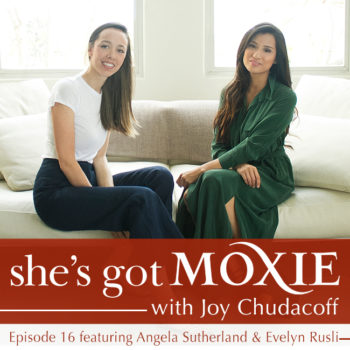 When Angela Sutherland was pregnant with her first child, she discovered that the options for healthy, tasty, nutrient and dense baby food didn’t exist. Initially, it was a scary thought, but she saw opportunity which led to her partnering with good friend Evelyn Rusli and launching Yumi.

Yumi is a nutrition & wellness based company providing quality meals for the first 1,000 days of your child’s life. Yumi meals are fresh, organic, packed with nutrition and delivered RIGHT TO YOUR FRONT DOOR.

Both Co-Founders of Yumi are a force to be reckoned with. Angela Sutherland, the CEO and Co-Founder of Yumi, was formerly an investment banker at Goldman Sacks and is skilled at businesses and operations. Evelyn Rusli, the President and Co-Founder of Yumi, previously was a journalist at the Wall Street Journal and the New York Times covering startups and innovation.

On today’s show, Angela and Evelyn talk about the best action step they’ve taken so far in their company and it is spot on. They talk about how to scale accurately as they move across the country, and what they hold onto in their tough days. Also, Angela and Evelyn share their biggest challenges in business and a whole lot more.

Basically from in utero to the age two, the nutrition that your baby consumes is more important than any other period of their life.” – Angela Sutherland

We got angry! We got inspired! We quit respectable jobs. AND founded Yumi” – Angela Sutherland & Evelyn Rusli

Things that make you more productive in the hours that you actually work – we try to focus on things like that.” – Angela Sutherland

If you’re wondering if you should do this…if you CAN do this…JUST DO IT!” – Evelyn Rusli 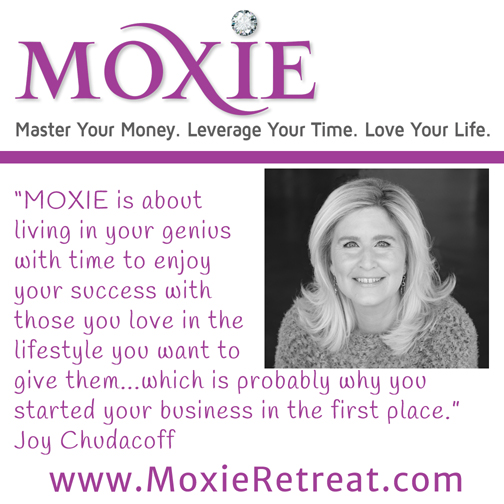